In the heart of Valpantena, halfway between the city of Verona and Lessini, there is one of the most successful wineries in the province of Verona.
The valley, whose name derives from the greek Pantheos or “valley of all gods”, boasts ancient viticultural traditions, traceable since the first century BC. The wines produced here were appreciated by the Emperor Augustus, and even the poet Virgil quoted them in his works as “worthy of goodness.”
In the sixteenth century, the valley was called the golden “for the copious and excellent wine”.
It was always the Valpantena, one of the areas in which it has come forward over the years, with greater force, the process of modernization of the techniques of grape growing and processing, of which Terre Valgrande is an expression. 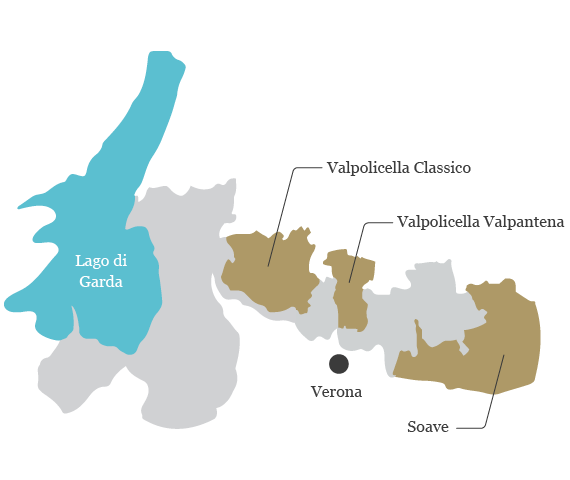 Keep in touch with Terre di Valgrande and its wines and get the latest news and events on Facebook, Instagram and Google+.